One of the UK's leading printing companies, Healeys combine new technology and innovation with a collaborative approach that ensures clients receive a great service and quality printed communications.

To care for each other, our clients, our suppliers and the wider community.

The best outcome for clients, create improved ways of working and create a great work environment.

To help and advise, to work together with clients, to achieve maximum results for all associated with the business.

Widely-regarded as a frontrunner of new technology and innovation, the Company continues to invest in the very latest equipment to provide customers with print effects and finishes to make their marketing literature truly stand out from the crowd while web-to-print software enables online ordering, stock management and digital (marketing) campaign integration.

Thank you for visiting the Healeys website – We are committed to helping clients achieve great results through applying innovation and service. If I can help in any way or if you have any comment to help us serve you better please let me know.

The environment and the impact of our operation are high on our agenda. Policies put in place mean that Healeys are one of only ten printers in the UK to be recognized as a carbon balanced printer by the World Land Trust and are also members of the Carbon Capture programme administered via The Woodland Trust.
ISO14001 and Forestry Stewardship Council (FSC) accreditations also enable customers
to partner with Healeys, confident in the knowledge that they are following environmental best practice.

Healeys are one of only ten Carbon Balanced printers in the UK – offsetting through the World Land Trust – a UK charity.

Carbon Balancing is achieved through the preservation of ecologically important standing forests, under real and imminent threat of clearance, locking in carbon that would otherwise be released and securing continued absorption of carbon dioxide from the atmosphere. These sites are often areas of important biodiversity.

Creating and maintaining efficient management systems and processes that reassure customers that their orders are being processed in a professional manner.

This externally assessed certification demonstrates the company’s commitment in having an environmental policy and management system that meets regulatory conformance.

This certification gives added benefits to the customer 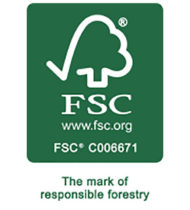 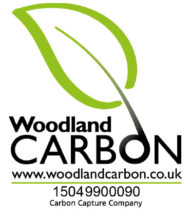 This scheme offers customers the opportunity to capture the CO2 emissions from paper used for their literature by planting native woodland, right here in the UK.

No Positions Currently
Currently we have no positions available but we are always happy to hear from you.
Please write or email to Hayley Thrower [email protected] H.R. Manager at Healeys Printers including a copy of your latest C.V.

The company has grown significantly since its humble beginnings. Healey’s was originally a small, family business which was purchased by the current MD’s father in 1962. The company back then comprised of a Post Office, stationery business and one broken duplicator. During this time, growth was steady, however the ambitions weren’t the same as today.

A major time for the business was in 1971, when the current MD, Philip Dodd, joined the company after working for 3 years at Marks and Spencer. Philip was committed to developing the business and was, and still is, an early adopter of new technology and printing services, which rapidly grew in the forthcoming years.

After the unfortunate death of his father, Philip took over the company in 1981, with the business now gaining a reputation as one of the leading commercial printers in the region. By 1992, the company had evolved and moved into a new factory which boasted the company’s first four colour press and was later the site of the world’s first B3 8 Colour Perfector and the first Anicolor Press in the UK. During this period, Philip also took the decision to sell the Post Office and stationery side of the business to concentrate efforts on Litho’ and digital print.

Following further growth, in 2001 a new factory was purchased, which we still operate from today. In more recent years, we have seen huge growth, and sales of print are now more in a day than during our entire first years of trading. We also employ 37 highly skilled employees who work together to deliver an exceptional range of commercial print services.

As a business, we are committed to continue to provide a marketing-orientated service and an extensive range of litho, digital and wide format print services to companies, NGO’s, individuals and educational establishments both in the UK and internationally.

Healeys provide great advice and support throughout the print process. Contact us today to discuss your next project